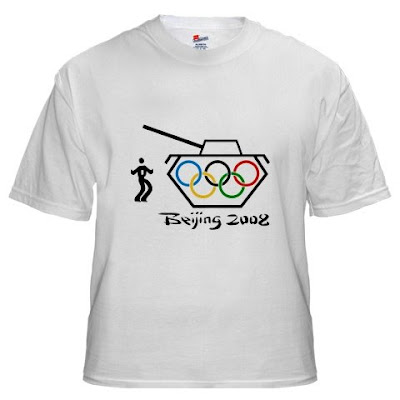 The sorry sack of spangley puke that is the international Olympics is grinding to a halt like tank tracks clogged with the bodies of protesting students. How’s that for an unbiased journalistic intro to a post?

Ok, ok, I love the Olympics and I’m just jealous. I love the spectacle, I love its internationalism, I love seeing buff people doing something…anything really…really really well. Except synchronised swimming obviously which is universally accepted as rubbish.

So OK, it’s been very entertaining and yeah Britain didn’t do appalling badly for a change but I’ve got a few…niggles:

I watched the ladies judo, and saw Mrs Tani win bronze – a respectable third best in the world – but was she happy – not likely. Expected and no doubt pressured to win she seemed hugely disappointed. Then I got to thinking – how many people had to loose all around the world in the trials then the tournament itself to produce one winner? Madness. The motto that “winning isn’t everything” was not true of the original Olympics where it was considered better to win a die than loose and survive, and certainly isn’t true in the drug abusing world of today. Not only is winning not everything, it’s nothing. Grow up world.

Let’s face it the Olympics is about money. The facade of ameteurism has long since vanished leaving a Coke sponsored spectacle bereft of spirituality. The original prizes were honorific olive wreathes not lucrative advertising contracts, though money and politics always played their part.

Why don’t Olympic athlete compete in honour of their favourite ice-cream flavours? Seriously, the notion of nation states is outdated and causes conflict. Why do we have a competitive medal table, it’s hardly a fair playing field given national variation in size, population and wealth which would see Jamaica on top and China and the USA pretty low down?

Next time around let’s have Ben and Jerry’s sponsor a team (shot-put maybe) or perhaps even the UN. 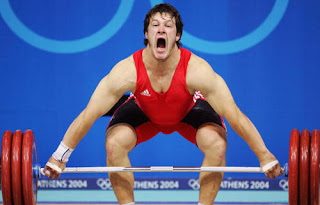 Olympiads are unhealthy freaks. How can I say this, surely they’re in top condition? They are fit one specialist thing, whether it be lifting weight or playing table tennis. They are often not however healthy in a balanced way and have pushed themselves to such extremes that most will be seriously debilitated by their thirties. The fact that most sports are best done by people at the extreme edges of mean body shapes (e.g. lanky basketball players) means they are certainly not suitable role models for the majority of children (behaviour aside).

Teenagers competing at this level isn’t healthy for their development physically or psychologically. Let’s make it an over 20’s tournament and cut this out too.

I haven’t seen any martial arts at the Olympics. I’ve seen martial spirit in athletes in all events but the judo and taekwondo I saw have degenerated from fighting arts to silly, and frankly boring…games.

So the original sexist concept of an all male “guy thing” Olympics was rubbish, but how about bringing back the Greek dress code of nakedness…now that would make even synchronised swimming interesting!

Talking of old traditions, in the historic games competitors had to speak ancient Greek to compete – if this was brought back surely The Vatican would top the medals table!

Oh, and Amnesty International say this about the hosts. 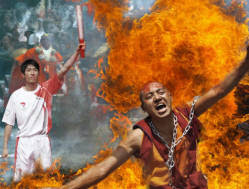 So What – The Olympics has lost it’s way – enjoy sport for other reasons than those shown on the TV.
Aikido So What – We don’t compete but don’t get paid big bucks for our overuse injuries either!
Britain/China/USA So What – Get over yourselves