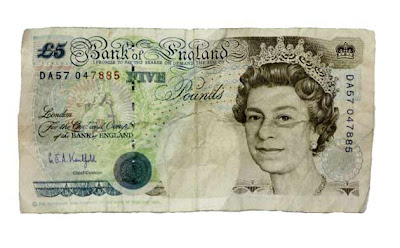 This week as part of the Brighton Festival Fringe Critical Incident I took a good chunk of workshop by Charles Davies on money. The “One Thing About Money” workshop focused on the process by which we give meaning to money and practices around this.

What was apparent from the workshop is all the different ways people think about money – and many of these are invisible to people – myself included. The more I thought about what money was the less I knew what it was. Invested in money are often ideas of power, worth, status, security, freedom, good, evil and a host of other issues. Charles Davies mentioned Peter Koenig as an inspiration whose book “30 Lies about Money: Liberating Your Life, Liberating Your Money” goes into these themes.
I first met Charles Davies a Jonathan Kay’s last Brighton event and a he’s since been generous with his time and stimulated some very helpful lines of thought about branding. As a facilitator I find him deliciously challenging. I love how he gave away five pounds of his money in the workshop to stimulate conversations around this. Practices he recommended included noticing what stories come up whenever you make a financial exchange and also trying to separate these out. He talked about the week he spent working for clients for no money to see what effect this would have on how he worked. Charles also mentioned that when we talk about money we can be talking about ourselves as so much can be projected onto it (e. “money provides freedom” may translate as “Freedom is important to me” or “I long for more freedom.”) I may have got these all wrong however as another thing that came up at the workshop was how bad we all are at separating out what was said and what our interpretation was (observations and evaluations in NVC terms).
Charlie’s enlightening of people’s dialogues around money (that run us) reminded me of ontological coaching where this is done around any subject. I suspect as well as money similar workshops on sex and power/violence would also be revealing. Anyhow, Charlie’s One Thing About Money was one of the most original and thought provoking workshops I have been to – recommended.

Money So What: It’s what you think