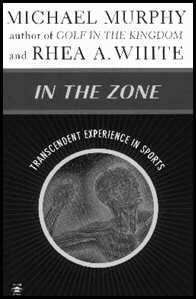 In my second year of aikido I was being thrown repeatedly by a vigorous black belt. I had a serious hang-over as was common at the time, and my body relaxed and started naturally countering his technique. Taking this as a challenge he proceeded to throw me harder up and down the length of the mat. Slowly the edges of my vision became black (a feature of oxygen deprivation I’ve experienced many times while being judo strangled) – but instead of passing out – which I’m guessing my body viewed as unsafe in the circumstances – something unusual happened: I rose up and saw the scene from above. I watched serenely as my body rolled with the throws, and the demonstration came to an end. I was then sucked back into my body and after physically recovering was on a high for several days after, feeling ultra alive and somehow cleansed. This was my first strong-weird feeling in aikido, and at the time I viewed it as a freak occurrence. I’ve since come to know that such episodes are relatively common in many physical activities.

“In The Zone – Transcendent Experiences in Sport” is a 70’s classic by Rhea White, a parapsychologist, and Michael Murphy, co founder of Esalen Institute – alternative mecca. I recently read the updated 90’s edition. The books begins by exploring the “spiritual underground” of sports. They quote research and anecdotes from numerous mainstream sports figures, who’ve had unusual experiences while playing. They postulate that there is much more to sports than is generally reported. I particularly enjoyed reading that people involved in golf, baseball and basketball experience the things that the states that make aikido and outdoor pursuits worthwhile practises for me. The next chapter details these “mystical sensations.” Far from being out of the ordinary, I’ve experienced all of the dozen mentioned in outdoor activities (especially snowboarding) and aikido many times. In fact most of them are core features of these activities: Feelings of peace, acute well being, floating, power, awe and unity would certainly qualify, and I think most practitioners would agree.

The next chapter of altered perceptions, in sports, such as of time and space, was also familiar. Through sports (like the authors I use the word “sports” this in the widest possible sense) I’ve started to see time and space in a much less Newtonian way. I don’t mean this as an abstract idea, but as an lived experience – when two people of different skill levels do aikido I am sure they do not experience these variables in the same way at all.

“Exceptional feats” are also noted in the book though in a way I found annoying. Such apprently incredible things as aikido’s unbendable arm, karate board breaking and Micheal Jordan’s “levitation” are discussed. Rather than clarifying the area the book further mystifies (prejudicial use intended) such feats, with hippy drivel about “mind over matter.” Many of the feats mentioned can be easily explained with physics and the rest with clearer, teachable descriptions of body-mind processes. What appears to the authors as a kind of magic is no more mysterious to anyone that has seriously studied one of the arts mentioned than eating food and taking a shit as a result. Die tie-dye die.

The last chapters of the book describe some mind/body training programs, but not in satisfactory detail for me. This book says “wow cool, far out man” without operationalising the things it gawps at. There is also a discussion of our “evolutionary possibilities” – that suggests that such emergent abilities show our potential and may one day become the norm. This is heartening, but I prefer to talk of “operational realities” myself – ie how are we actually going to get out of the mess we’re in.

The main questions this book raises for me are what kind of sports produce transcendent /growth experiences, how can we maximise such states in our chosen activity and how can we take what we learn back into our daily life? The first question is answered to by the book to some extent – all kind of physical activity can produce these states. It is however obvious that the more physically intense activities (eg long distance running, martial arts and wilderness exploration) seem to produce more (Golf seems an odd exception, but then again, isn’t it played by people who wrisk heart attacks getting into their golf-carts?). In fact the existential closeness to death of many of the activities detailed may be crucial. Being in the “natural world” also seems to be a factor as does both isolation and intimate social action paradoxically. The nature of sport as sacred space is discussed as a factor as is long term commitment of practise. Just having a dialogue about such things seems to make experiencing them easier so I’m glad this book exists. I would’ve liked the small section describing the “evocative” elements of sports to have been much bigger, with advice on how to increase and integrate such elements.

To end on a positive note the book has a detailed reference section, including many scientific papers, so a reader may pursue any areas of interst. I recommend this book for the sceptical reader.