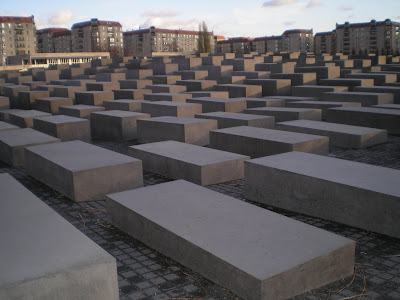 Book Review – Man’s Search For Meaning – An Introduction to Logotherapy, Victor Frankl
I recently got round to reading the classic little book of existential psychology – Man’s Search for Meaning by Victor Frankl (1959). The book is really two books in one – the first part details Dr Frankl’s experiences as a prisoner in Nazi concentration camps, and the second is a description of the psychoanalytic therapy he later devised.

I‘ve recently visited locations particularly associated with the Holocaust (Berlin, Krakow, Warsaw) and been studying with teacher with Jewish heritage, which along with memories of conversations with memories of boyhood conversations with number- tattooed elderly Israelis made the book seem very real. At times it was harrowing reading as one would imagine, but there is also a vein of hope running through the book, and I found it uplifting.

Frankl states he wrote his book in an attempt to shed light on human nature, so I’ll add my own basic body-mind point of view for what it’s worth, without any claim that as a non-survivor I understand the experience. In a way it is a case study of what happens to people in the worst imaginable circumstances Frankl writes that prisoners could always imagine something worse, but for many of us it would be hard, with the constant threat of a death by gas, assault, starvation, disease, cold, and more, a daily reality in the camps. What is heartening is that even in the conditions man found dignity, hope, and kindness. Maslow’s hierarchy of needs comes to mind as prisoners were obsessed with the basic needs of safety, protection from the elements, disease and especially food (notably the sex drive was not present), to the exclusion of almost anything else as might be expected. As would seem logical, irritability and low mood were endemic amongst prisoners, but not universal with humour at times emerging. Maslow’s hierarchy is also partially disconfirmed as the “higher” spiritual and social needs also came out, even under these diabolical conditions. From a body-mind point of view the prisoners were also strongly psychosomatic – often succumbing to illness when they despaired. Experienced prisoners were able to pick out the new arrivals with a chance from their attitudes as well as their bodies

Frankl writes that there were good and bad people amongst both guards and prisoners, only the opportunities for them to do good and bad differed. He also writes expensively about choice, how even under the Nazi regime prisoners had some choice – in their internal world at least. This is consistent with Buddhist thought on mood and depression as well as existential philosophy with which Frankl shares much but nit the bleak outlook. Discussion of how prisoners could cope by living in the past ss discussed, and also how it was dangerous to not be very present, where survival and sometimes moments of happiness could be found.

Reading Frankl I was reminded of Joseph Campbell who in the Hero’s Journey talked of each individual’s life mission. This need to do something was what got many people through the camps – having a sufficient “For the sake of what” as my teacher Richard Strozzi Heckler might say. Nietzsche is quoted: “Man can survive any how if he has a sufficient why.” and the human capacity to adapt shines as ever.

On release from the camps many prisoner’s felt as if they were living in a dream and at first found it hard to experience any pleasure. Frankl then notes how some became revenge fixated and other felt liberated to do anything without fear. After working with Paul Linden – an expert of abuse recovery – I could make some guesses as to how the experience of the Holocaust has shaped modern Israeli policy, but not today.

When a survivor of Auschwitz writes about human nature, psychology and life in general, I think it’s worth listening. Touching, powerful, wise and fascinating, I wish this had been required reading a part of my psychology degree…in fact all degrees.