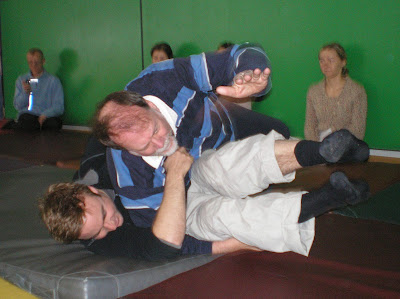 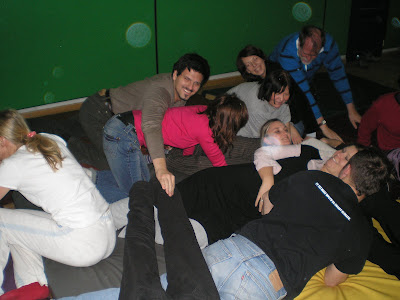 Do you remember what to was like as a child to just play? Have you stopped playing?

I’ve just come back to the UK from an Original Play seminar in Warsaw Poland, led by Original Play founder Fred Donaldson, I first came across Original Play in the book Aikido and The New Warrior, which contained an article on his play with wolves. As well as wild animals Fred has spent a lifetime lying with children, gangs, prisoners and corporations.

He defines platy as: “A gift from creation that connects all life with the feeling of belonging, safety and love.” He also mentioned a definition given to him by a young by, “Play is when we don’t know we’re different from each other.” Play in the sense Fred uses it is very different from competitive play that teaches cultural values, or vent cooperative games with rules. Original Play doesn’t really have rules rather a few guidelines to lead the way: (no sexual touch, no grabbing/pinning, keep on hands and knees). The first time I played I this way at an Aiki Extensions conference I smiled fro ear to ear, like I hadn’t in years. While normally incredibly enjoyable for all – I can think of only a couple of things that are as fun personally – entertainment is not the main purpose of Original Play, rather connection. I’ve long seen giving up play as a great loss as it is clear to me that it is our fundamental way of relating to the world, communicating and learning, and Original Play is way to get back to Eden.

There were many obvious similarities between Original Play and aikido: In Original Playone blends with a partners/s motion (respects ki) and protects you and he during the dance. We practices playing with aggressors (people who weren’t playing too) and this seemed almost identical to high level aikido, ju-jitsu, capoeria or Systema. Surprisingly Fred seemed quite down on martial arts saying that they were about getting better at fighting, not about this other universe of play. He suggested that there was always a choice I life between fear which leads to a certain mindset and then fight, flight or freeze, and love which leads to the infinite possibilities of play. While I agree with Fred that there are perhaps only ten people worldwide who really play martial arts and it takes a long, long time, I believe that play is still an aspect many “combat” systems.

The beauty of Original Play is that we have it in common with everyone in the world (and animals). I have come across several teachers form the US who focus o what makes us similar and not cultural factor. What Fred believable when he says this whoever is this vast experience with different cultures and groups – I’ve found myself that child are more and more similar around the world younger they are – and also that he walks his talk: In a coffee break I went outside the school room we were using and found Fred playing (it looked a bit like tag with no rules) with two Polish girls who had wondered by. They and Fred didn’t share a common language other than play.

Aside from the aikido influence there were some other familiar things abut the course. A number of the movement and sensitivity exercises we did could have bee straight form Paul Linden or the Strozzi Institute. Fred also discussed the rhythm of play – which was very similar to the notion of “Rhythm of Excitement” at SI – the natural opening, increasing and completion of an energy cycles in nature. It’s all a romance. Fred also mentioned the” Training Circle” of Consecration, Initiation, Apprentice, Mastery and Beginner. I think this notion will be familiar to anyone embedded in a practice.

Central to the course was the power of touch. Touch is our primary and most direct sense, we literally die without it. In the modern world it is also missing, as an example I used to see boys start fights as the only way they knew of getting socially sanctioned touch. I have also long mourned how all touch with children in the UK and US has become associated with sexual abuse. That is sick. Touch has been shown experimentally to heal and radically improved communication. More tactile cultures like Brazil and Ethiopia have something to teach the rest of the world here I think, and I have noted that children will quite naturally and readily reach out the world over. Get real, get touching!

The seminar met many of my deepest needs. Original Play has profound implications for how we relate and for violence in the world. I will be starting an adult “Playgroup” in Brighton in the new year. Thanks Jola , Fred and my other playmates.

I would also like to thank my Aiki Extensions brother Przemylaw who hosted me in Poland at the new Tanren Dojo – pictured with guest JICA volunteer Sensei Ryota Kinoshita. 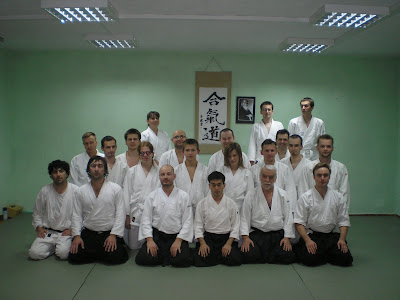