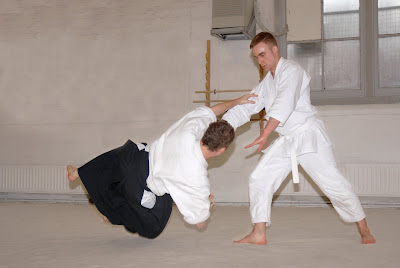 So I did my black belt aikido test again* this weekend. Overall I wasn’t at all happy with my performance which was ugly, lacked grace, flow and sensitivity.

On the plus side I adapted to some large boys who were surprise partners for me, dealt with the stress of some last-minute complications and was marked well on “spirit” and “manner and attitude” perhaps the most important aspects of an aikido test. The really nice thing was doing it at Renshinkan , which despite travels to aikido schools far and wide, will always be home and hold a part of my heart (and several pints of blood, sweat and tears). 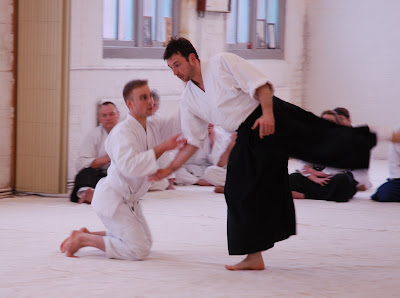 So why having passed and received compliments and congratulations from peers and mentors do I feel like crap? Because I know I didn’t do my best? Yes, and more than that, because pass or fail doing a beautiful test was the most important thing for me. I imagine the word “beautiful” is not one strongly associated with martial arts for most people, but this was the adjective my late teacher used when describing good aikido. Aikido has an ethical, connective and aesthetic dimension when it’s fully realised, anything less is not really aikido but shoving people around with muscle and trickery. Immediately after the test I trained with my old dojo-mate Polish Pete as a cool down. “Ah, now you’re doing your aikido again, what happened?” 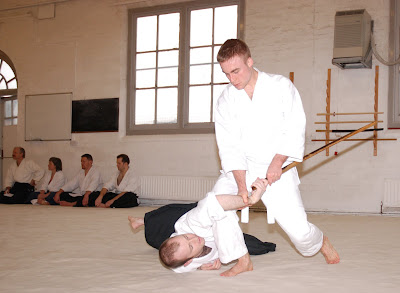 he said to me. What he was calling my aikido is to me precisely the opposite, ego-free relaxed, pure movement aikido not concerned with fighting or achieving results. During the test Mark and passing were in the way of this grace. You could say that under the stress of the exam I went down several levels of functioning, not so much in technical terms, but in this essential aikido nature. During the test I was on the surface quite calm, but after was stiff and tired, unusual for me, and despite being put through my paces disproportionate to the exercise.

Perhaps the devil of aikido, is it asks us not just to cope, but to soar beyond prosaic reactions, then puts the precisely the kind of pressure on us that makes us sink into our baser nature. 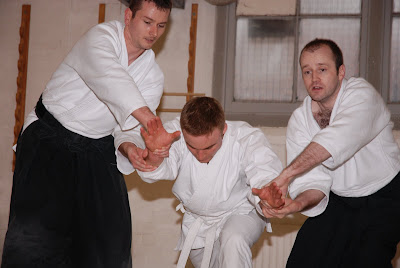 The better test now may be what I do about all this? I’ll start by thanking all my aikido instructors over the years and those who helped me in the run-up to this episode. Cheers folks. Beyond that I just don’t know. 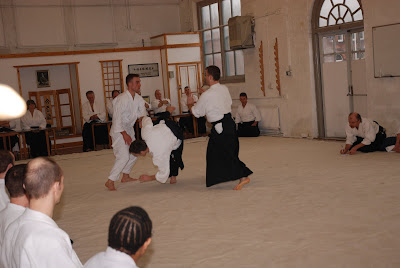 *The first time was in Brazil over a year ago. I passed but couldn’t afford the registration fee, which is set in Japan and the same for people in every country, irrespective of standards of living.