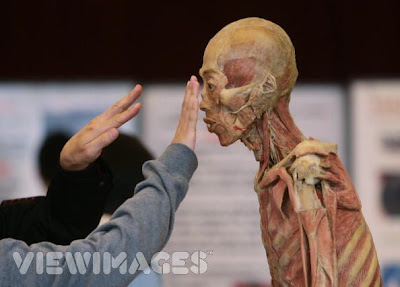 I’ve been reluctant to publish this artcile as well…it might seem weird as hell….but here goes.

During an interview I conducted with my aikido teacher Shihan William Smith, then terminally ill with cancer, he said:

“There are times at this time in my life, when I come to the dojo and practice is furthest from my mind, but I make myself practice. Then I find people of 20 or 21, like your age, helping me do the things I want to do, without living a lie. They become part of me and it isn’t like saying, “Jump” and they say “How high?” They become part of me and blend with me, and I find I can practice even if I don’t feel like anything but lying down. Great.”

Mr Smith was a traditionalist with little time for the more esoteric aspects of aikido, and this statement came as a surprise to me, at the end of an interview about technical and historical matters. The quote came back to me a few nights ago after I’d an odd experience in aikido class. After several months of training with a club here in Brighton, I found myself becoming like two of the members I’ve been spending time with on and off the mat. When I say “becoming like” that’s what I mean, an experience of taking on concrete aspects of body movement, posture, tone etc, and the subjective qualities of being of another person.

I’ve had these type of experiences before while working with Paul Linden and Kevin Chaote senseis in the US (see Feeling Aikido) and it’s leading me to a different sense about what touch is. At this point I’d better state my tactentials: I’ve touched tens, if not hundreds of thousands of people around the world over the last few years, in varied ways, through teaching kids sports, aikido, bodywork….and let’s not forget the ladies 🙂 These very different kinds of touch are all intimate in a way and have informed this article. 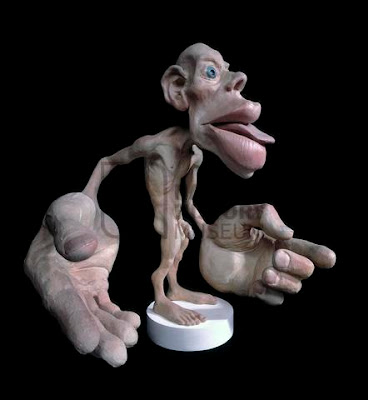 The view I now hold is that when two people touch it’s like two pools of paint mingling, or a two-sided conversation, rather than just sensor registering each other. Touch gives as well as receives. In a way this is common sense, if someone grabs you roughly your body tenses, if someone strokes you lovingly you relax – we respond to the quality and intention of touch. The biological basis for this is starting to be understood and those who need the science may be intersted in mirror neurones, demonstrated in a very cute way through a visual medium below. While the visual basis of mimicry has been investigated (careful what you watch!), I believe that tactile mimicry is even more powerful, and part of this “bodymingling” I describe can be put down to our natural “monkey touch, monkey do” tendency.

Humans are social pack animals who love to coordinate. I’ve seen that dancing/ choreographed movement, forms part courtship and warrior traditions worldwide (the latter sometimes call it marching). When people want to do somthing together they align using movement and touch. In business companies spend huge amounts on travel as they’ve learnt that without a look in the eye and a handshake it all goes horribly wrong. I am constantly hearing examples of Internet dating nightmares, e-mail work cock-ups and phone misunderstandings where we try and do without.
The reason I’m concerned about sounding “out-there” is that the mind-body split is ingrained in our culture, though this division does goes against our daily experience. We know that when we are stressed it shows in our bodies (e.g. our shoulders raise) and when we have a massage or hot bath we unwind mentally as we do physically. It is no coincidence that alcohol is a muscle relaxant, or the leading causes of death in The West are all stress related.
Next point: it’s not jus

t our mood that is embodied but ourselves – who we are lives in our bodies. Think of the untrustworthy movement of a junkie (Golem for example), the mad gesturing of Hitler or the joy de vie in Brazilian dances and football. The types of people we are shows up loud and clear in our body structure and movement. By this I don’t mean that fat people are like X, and thin people like Y, but that who we are is embodied in one way or another across our form.
My observation is that when we move like other people, we become more like them. What you are likely to do, in fact capable of, is embodied. Your personality could not be removed from your brain and downloaded into a computer because it lives through your flesh. As well as across structure I suspect we are also distributed hologramatically (i.e. all parts contain information on all other parts) and this could explain the weird phenomenon of cellular memory when people after organ donations acquire habits and memories associated with the previous owner*. On a more mundane level I would note that whenever I have been through, or seen a friend go through, a significant life change, it has always been accompanied by a qualitative change in their body. Similarly I’ve noted that most aikido students I have talked with have noted deep changes their character that they speculate are caused by physical aikido training. Teaching students over intense periods it is clear that this change is caused by the aikido and not just happening at the same time.

Bodymingling has some unusual side effects. Over the years married couples and other people who spend a lot of time together can start to look like worryingly alike as a result. Owners can even come to resemble their pets (OK, that’s more of an excuse for a fun picture) and offices, sports teams and social groups develop a distinct ambiance. I suspect that in the short term body mimicking happens just as strongly but people d 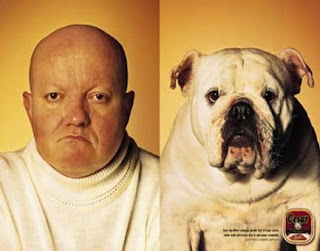 on’t normally have enough body awareness to notice it. That is how “atmospheres” can quickly develop, spreading through meetings, families and crowds which can have a powerful multiplying effect on the body. When I hear things like, “The anticipation was tangible, you could cut it with a knife” I hear bodymingling at work.

Those who have the opportunity to develop body awareness and sensitivity such as in the touch based martial arts** and dance world, may respond differently to bodymingling. My suspicion is that they are both more prone to it, and capable of inhibiting it – i.e. choosing not to go along with it. I do seem to be getting pickier about who I want to touch me, as I now experience that every touch is either violence or healing to some degree. Most people let people they like touch them, I let touch I like, and like people with likeable touch.

I’m not sure where the limits of this sensitivity are and it may be the basis of things normally considered paranormal. There is one exercise I teach where someone lays down and thinks of an emotional scene, which they some-up silently as one world. A second person sits next to them touching their shoulder or hip and tries to guess the word. On many occasions people guess exactly right first time, and on most occasions they get the general area. I certainly can’t read minds but when I shake hands I sense everything I need to know about the person from the worlds that are exchanged. My tango teacher says a similar thing about her dance partners – immediate, honest, deep information.

Some psychotherapists have gone as far as to say that the body IS the unconscious. So when we bodymingle, especially touch, we are interacting with, and interchanging the deepest parts of ourselves. I suspect that this is one reason why most people are physically uncomfortable in close proximity to the mentally ill, even if they don’t have any prejudices in that regard. While the working on a special needs summer camp some years ago I lived a psychopath, night and day for two weeks. The physical feeling I had afterwards was horrible and took me some weeks to shake off. I don’t recommend it. On the other hand I know my family, aikido teachers and lovers are now a permanent part of me that I can call upon them anytime. I’m not sure if I believe in an afterlife, but I do know that in this way at least, we live on.

I don’t know what Shihan Smith would have made of all this, I suspect he would have thought it was pretty far out so I’m definitely not saying this is what he thought. Just to check I’m not a raving lunatic, here’s my logic: we mimic each others bodies, especially via touch. Who we are is embodied. We can become like each other through this process for better and for worse. Simple, now give me a hug.

Come to the UK Somatics Gathering if this stuff is of interest to you. You may also want to think about this article next time you touch someone, and your beings are oozing into each other….or you may not.

*I haven’t assessed evidence for cellular memory as a valid theory, what is the case however is that patients claim that it’s present in many cases of major organ donation and this needs explaining.

**Martial arts that cause us to be in prolonged contact with other people have produced several schools of bodywork therapy, Moshe Feldenkrais was one of the first Westerners to study Judo and my own teachers the founder of Being inn Movement Paul Linden and Lomi bodywork school founder Richard Strozzi Heckler are both aikido 6th dans. By way of comparison I have not heard of any bodywork techniques coming from (the more widespread) karate and taekwondo. Thanks to Paul Linden for pointing this out to me.

This previous blog on touch may also be of interest.