How do we do? …is the gentle greeting of the Feldenkrais Method®.

For the last few months I’ve been taking classes at my second home the Brighton Natural Health Centre with the lovely and knowledgeable Brighton based Sabine Schmid Blackaby. My initial interest in Feldenkrais was that two of my main teachers have been trained in it, so it’s kind of my grandad. This article by Paul Linden shows how Feldenkrias relates to the martial arts and it’s also a huge influence on the field of somatics. The founder of the meth 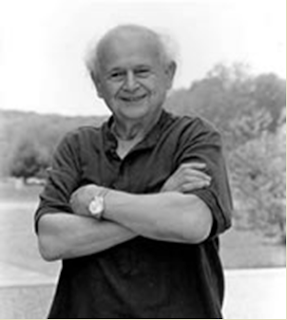 “It is an educational method focusing on learning and movement, which can bring about improved movement and enhanced functioning.” It comes in two flavours – Awareness Through Movement group classes that I’ve been doing and Functional Integration one-on-ones (which I’ve also experienced a brief taste of).

Pretty much anyone can do Feldenkrais though there seem to be two main groups who do: those in pain/physical discomfort, and those who are looking to excel in a physical disciplines like sport or dance. Feldenkrias doesn’t consider itself a therapy, though by what I’ve seen definitely works for some people in creating ease and alleviating psychical suffering. Perhaps the biggest compliment I can give it is to say I recommended it to my mum who is recovering from a neck operation – get even better soon mumsicle 🙂 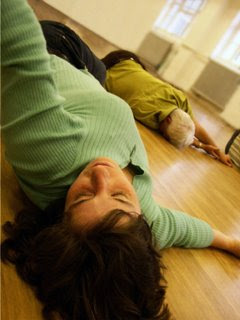 Personally I haven’t experience as many great changes as some people in the Brighton class, though I suspect this is just because I’m younger and healthier. I did have some shoulder discomfort from an old injury temporally alleviated but this isn’t why I’ve continued. What I now like about it was annoying for me at first – the slow…and I mean like sssssllllooooooooomakeacupoftesoooowwwwwwww nature of it. After years of adrenaline arts I almost fell asleep at first, and even though I’d been espousing “journey not destination” for years, in reality I found letting go of “doing” movements to reach a goal, and REALLY focusing on the process very hard. It’s not what we’re taught is it, not to worry about getting X, Y or head? Now I find this focus on awareness a great compliment to my sitting meditation (also difficult at first) and might compare Feldenkrias to Tai Chi as a meditation in motion.

Something that stuck me as unusual about Feldenkrais was the teaching method. I’m used to show and copy martial arts, but in ATM you’re guided verbally. The emphasis is on the student to discover more skillful means themselves. The non-precise nature of language is an issue for me here – for instance when lying down does the instruction “up” mean towards the ceiling or your head? At times it felt a bit like reinventing the wheel to stick with a dogma. On the other hand I know that knowledge that is not hard learned and personally meaningful is rarely embodied and easily forgotten, so I get it.

Feldenkrais’s emphasis on how we do is a perspective not covered by the vast majority of exercise classes, though I hope it’s the future, rather than the crude mechanical approaches that seem to be more of a symptom of our culture than and a cure for its ills. I suspect Moshe was well ahead of his time and recommend those interested in moving with comfort and grace in mind try it out.

Oh…and if you get rerely rerely gud at it you can do this.