Since I first heard the term “life coach” in California three years ago, coaching has gone from almost unheard of to mainstream in the UK, and I recently attended a talk with one of Britain’s top coaches – Aboodi Shabi.

Initially I had some good experiences in the US with people from the likes of New Ventures West whose creative supportive style I really enjoyed. Over here however a friend’s disparaging comment that, “Coaching is people who don’t know and haven’t done, trying to advise those that do and have” has come to mind on several occasions. I’m not comfortable with or impressed by much of the Neuro Linguistic Programming work I’ve come across, or the “My ego creates reality” approach as exemplified by The Secret. So now I have a mixed opinion. 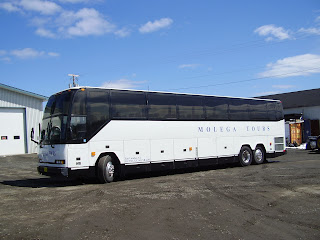 Rather than criticising what I don’t like I’d rather mention a talk I attended on Tuesday night by Newfield Network Aboodi Shabi “one of the UK’s senior coaches.” Aboodi Shabi came recommended by a Strozzi trained friend and the influence of both Fernando Flores’ linguistics and Richard Strozzi Heckler’s emphasis on the body and practice were both apparent and enjoyable. The theme of the talk was authentic leadership and Aboodi had us discussing what makes someone a good or bad leader with Gordon Brown and Barrack Obama being mentioned by the audience several times as examples. What was reinforced for me was that just having the brains and experience are not enough and that emotion, personal care and inspiration are also very necessary. The role of the body to portray “presence” came up and to paraphrase Wendy Palmer “We’ve all read the books, so why aren’t we enlightened?” Answer: Practice and embodiment.

One passing gem from Aboodi Shabi was that a person’s music collection reveals what they embody and that music can be used as a practice. Doh! Why had I never thought of connecting this common sense understanding of music and how I work with language and the body?! Thanks to somatic coach and friend Anthony Davies for the invite.

Apologies for the picture by the way, I couldn’t resist 🙂