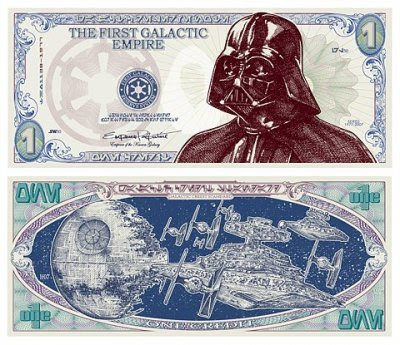 What Do Spirituality and Money Have To Do With One Another? 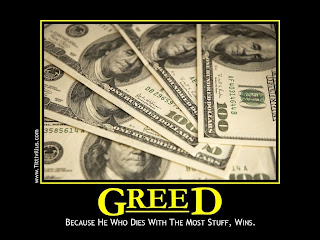 Perhaps the most important thing in my life at the moment is integrating my work and spiritual practice. In a way they are one and the same, my work with the body being a calling and money just the how not the why. With this in mind I recently attended a day retreat on “Expanding Right Livelihood” with Christopher Titmuss at the Bodhi Gardens in Brighton. Christopher Titmus is perhaps the best known British spirituality teacher, and has a wealth of experience leading retreats around the world.

Because of some historical reasons – mainly to do with Christianity – money has come to be seen as incompatible with spirituality. This is so culturally ingrained that we take it for granted that spiritual people should be poor and impractical and rich people good at getting things done but will likely be arseholes with no spirituality. Personally I don’t want to be either impotent or unethical so this dichotomy doesn’t work for me at all. 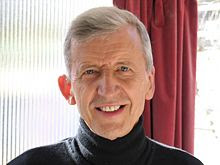 My understanding of Buddhism is that seeking for its own sake and attachment to money and prestige is the problem, not necessarily having money or being well known. Generosity is also crucially important and keeping wealth flowing is what matters, with accumulation and clinging to wealth discouraged. While consumerism of both material goods and spirituality forms seems “unbuddhist”, I’m not sure if capitalism as a system is.

I’ve also recently read the book Hooked, edited by Stephanie Kaza. It contains articles by many authors from different Buddhist traditions. Some fall into the old “capitalism bad, spiritual Buddhism good” trap that I’d like to avoid, and are clear examples of what Mr Wilber would called “Boomeritis Buddhism” -more Western narcissism than tried and tested Buddhist tradition. 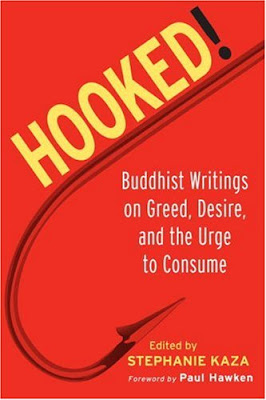 Hooked notes that “not too little” is as much a part of the Buddhist Middle Way as well as “not to much”, and notes the emphasis on care and attention to aesthetics in Buddhist temples. In my experience Thai, Tibetan and Japanese Zen traditions all have ordered and beautiful externals as well as internals – the two go together.

So what does traditional Buddhist scripture have to say about how to earn a living? Here are the five types of businesses that are seen as harmful, from the ancient Buddhist Wikipedia cannon:

Business in weapons: trading in all kinds of weapons and instruments for killing.
Business in human beings: slave trading, prostitution, or the buying and selling of children or adults.
Business in meat: “meat” refers to the bodies of beings after they are killed.
Business in intoxicants: manufacturing or selling intoxicating drinks or addictive drugs.
Business in poison: producing or trading in any kind of toxic product designed to kill.

In traditional texts there are also warnings against making money in the military and the entertainment industry. Now, while we can all agree that Hollywood is diabolically evil and totally lacking spirituality, but the former proved to be a point of debate at the retreat. Christopher Titmuss reinforced what I at first saw to be a typically judgemental stereotype of “us and them” between old school hippies and the armed forces by using a teacher’s refusal to teach soldiers meditation devoid of ethics as an example of right livelihood. In response I mentioned one of my teachers who in compassionate service has been working with the US military for over 20 years, and pointed to studies of meditation in the forces showed how it reduced instances of civilian and domestic abuse, addiction and violence in general. Christopher’s further comments showed compassionate understanding and he got an unintentional laugh when he said he’d be there “like a rocket” if the British army ever called upon him to work in a way he considered right livelihood.

What was triggered for me is that I’m sick of spirituality teachers preaching to the converted in safe environments and love the compassionate action I see being lead by a new generation who’ve gotten past the old “us and them” and can work in multi-national corporations and large traditional organisations like the military. This is about a bigger picture than Christopher Titmuss who I would also like to point out is involved with joint Israeli Palestinian work which is something I have a lot of respect for.

Christopher highlighted the importance of both internal spiritual work to build confidence, getting clarity around your offer and how you communicate it (“mind the gap”)and of external networking and linking. He described creativity as a flow from source to market, as it became obvious that several in the room enjoyed the first part of creativity but found marketing what they had created much more difficult. To me this is about learning another skill set and getting rid of notions that sales and marketing are dirty words, or that spiritual creative people are too good to lower themselves to such activities. Perhaps it’s not a coincidence that the last ox herding picture from Zen is the return to the market place.

How spirituality and business mix is a very real question for me, that I don’t pretend to have found the answers to. In terms of what I do each day I’ll paraphrase a teacher by saying that my intention is to do just one thing: makes money, have fun and help people. Not only do I see these aims as not contradictory but I see them as mutually supportive. The old model isn’t working any more, let’s see what the other possibilities are…
………………………………………..

Spiritual Practitioners So What: You’re not too good to make money or help people in real need in the real world.

Business So What: You can contribute to the world rather than take from it. Combining spirituality and money will lead to more fulfillment and success.