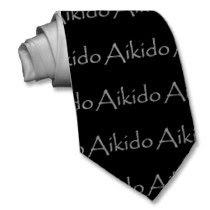 Aikido has been a major influence on my life and in my business. I worked worldwide for a non profit organisation called Aiki Extensions that uses principles and practices from aikido in “off-mat” applications such as with young people, in peacebuilding and with the business community. Three years ago I settled down back in the UK and started a business training people in stress management, team building and leadership, using what I had learnt in my time with Aiki Extensions.

Here is what a number of business owners and aikidoka from the UK, USA, Poland and The Netherlands have to say about the connection between aikido and business

President of Strozzi Institute – The Center for Leadership and Mastery

Aikido essentially informs everything I do in life. Aikido is a sensibility in which one learns to relate to others in a deeper and more contactful way. Bringing forth these principles into organizations makes people more fulfilled and more productive. My coaching and training curriculums in organizations have people move together, have people touch, and have people engage in deeper conversations; all these activities are informed by aiki principles.

How to dignify all relationships in a manner in which there is an increased social equity, a decrease of violence and aggression, and to treat the earth in a more sustainable way. How to contact the spirit of life in others and relate to them from that perspective.

I have placed Leadership Dojos in a number of business organizations, non-profits, NGOs, and the military. These are dojos in which individuals and teams can practice embodying pragmatic wisdom, grounded compassion, and skillful action. All this is influenced (among other disciplines) by aiki principles.

Columbus Centre for Movement Studies (body awareness as a foundation for everything from trauma recovery to computer ergonomics.

Aikido training pointed me in the direction of becoming aware of my body and gave me the opportunity to developed different methods of doing that.

Very little, simply because aikido takes too long to learn. The wider business community would find more use in aikido derived body/self awareness training. In another sense, aikido could serve as stress management and ethics training.

are relevant to everyday life – private, public, business, organizational behavior. In a world otherwise dedicated intellectually to learning sound leadership and management practices, this approach (i.e. using aikido movement and translating into everyday language and business terms) really sticks with people. They open to a whole new world of appreciating themselves, their partners, their families and who they have previously considered their adversaries and competition.

Most importantly: (1) the profound need to become present to what is

happening around you (be here now); (2) to remain in contact with self

and others; (3) be mindful in all your actions and behaviors; (4) daily

strive to serve others, no matter what; (5) every day is an opportunity

to increase one’s capacity to relax under pressure; and (6) each and

what is important in life. These are crucial elements and particularly

relevant during these times of global economic and political stress (on

met George Leonard Sensei and Richard Strozzi-Heckler Sensei in the

late 1980’s. But I didn’t give myself permission to step on the mat

until 2000, and then only after suffering a major accident – severely

breaking my hip. I figured if I didn’t at least give it an honest

effort I would forever be saying, “Maybe I could have and I wish I

would have.” Since then the art:

(a) has provided me a foundation for gracefully handling the pressures

fundamentals that need reinforcement every day off the mat no matter

how successful one is or becomes;

(c) provides dynamic and undeniable evidence for individual and group

world – as single person, a person in relationship, a dad, a mom, a

teammate, a manager, an executive, etc.; and

(d) provides a way (even if only infrequently practiced) to increase

Aikido is a philosophy and set of values to me it governs everything I do.

If everybody really respected everyone else, including in business, the world would be a much happier place.

Suffice to say that aikido can be used to provide management consultancy principles and they work.

Bisho (Smile) – Facilitates people and their organisations in softening what is rigid, to become more and more able to act and communicate based on compassion.

It has helped me experience psychophysically that to connect is a valuable alternative to fight, flight or freeze; and since I often use Aikido in the communication trainings I provide, my own understanding of Aikido (which is, I think, only cultivated through training) enhances the service I provide.

Interconnectedness – it is possible to take care of your own safety AND that of others; it is, in the long run, a not sustainable approach to think and care about oneself only – all the major crises in the world show how connected the phenomena in this world are; taking care of others is the best way of taking care of yourself. Aikido is in a sence a practice in interconnectedness.

Aiki Management – solutions for people and organizations based on aiki principles.

For me personally this question works in two directions. So the first part is How has training in aikido influenced your business? And the second part is How has business influenced your training in aikido? So my answer for both this questions together is, that there are many Aikido principles which are applicable to the business world. I’ll concentrate on my favorite one which is maximum effects with minimum efforts in business it’s called Pareto rule 80/20. I understand this statement in the way, that every thing we practice as during Aikido class as during business workshops has to work. Because if not we will do maximum efforts with minimum effects and nobody want to pay for it, no one want to loose the time, no one want loose the contract or the customer because of using wrong final question in the last part of difficult negotiation. From my personal position as Aikido teacher it often means, to give feedback which help the people to growth in the dojo and outside of it. To make the people more confident on themselves.

The first one is the Harmony (AI).

It can be done with attacks, situations, stress, boss, colleagues etc. and for doing this, to find this harmony, the first step you need is to reframe an attack as the gift. Then you can blend with it. Who doesn’t like to receive gifts?

The second is the Power called KI.

Where did it come from? How can we find it? How to demonstrate it? How to be protect against?

The best way is awareness, concentration, breathing and holding the center on different levels, individual, team, organization. And then next questions are coming: What is the center of organization and who is responsible to keep it? How to do it? Or may be we don’t need it?

There is no different way than practice. Practice is the best method to generate flow in organization and to be sure we are going in good direction we need clear ecological vision, which is own by everybody in the organization.

The third is the Way (DO) or attitude (Zanshin)

And now the questions are: What kind of attitude do we want to show to the world as a company, as the team and as a individuals as well?

Be positive, take positive action, be helpful, base your action on the rules like Honor, Dignity, Responsibility, Truthfulness.

For every of this questions we can find the answers during Aikido classes, but to find it we have to ask for them before and during the training. Be concentrated on the subject not only on physical part of techniques. To find out the answers you have to put the question before, during and after each techniques and than be aware what happen.

So the forth is the real physical contact between the people. And there are the questions what kind of massage I send to my partner? How is the reaction of my body, for strong heavy attack? How can I deal with. I refuse, surround, fight or play? Is there any lesson to discover?

One of the most important thing is to create the bridge between them. To invite the people and show them the real benefits and opportunity of using Aikido in the world just to do less effort and have better results. Save their time, be more healthy. Have better relationship with others. Be sure of myself, be congruent and more happy.

In many broad ways, but specifically in ability to deal with conflict, to control myself, build confidence, and interact with others positively.

To work together positively, think about the community’s need in addition to the self.

I have found that the only thing you can control (some of the time) is yourself, and dealing with yourself helps immensely to deal with others and complicated situations.

People ask me if I’ve ever “used” Aikido. I say “everyday”. In each encounter, I look to understand the counterparty’s position and work with them to develop solutions

I finish at 6pm on Tuesdays and Thursdays. Difficult meetings feel like gradings. I’m less physically intimidated than I once was.

It’s all in the basics.