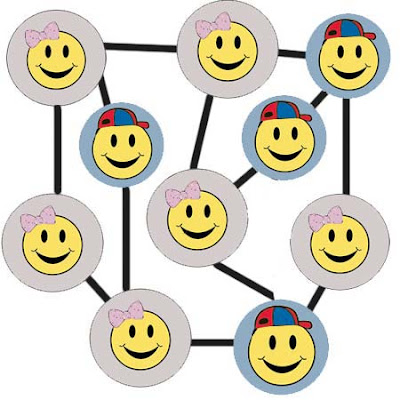 Networking Tips and No Nos

If you’re in business you’re meant to network, it’s in THE RULES or something. Most networking business people do however is a complete waste of time however, and an unpleasant inauthentic crass one at that. Here are my list of networking tips and no nos. Things to avoid:

Being a Selfish Git (a.k.a. a “Netjerk”)
Networking IS about getting in touch with certain specific people – your target market and people who may know your target market (in my case training managers in medium to large sized companies in the UK for example). AND while targeting is key, don’t just be a blinkered selfish user git. It’s networking not getworking or netjerking.

It may be the wife, friend or son of an apparently “useless” person that connects you to a buyer for example. You are also building your public identity with each person you speak with. Note also that effective networking is about giving and being useful to others. The person that is now providing me with web design gave several good pieces of free advice and contacts for other work before we started working together – people reciprocate and cross refer naturally once relationship is built.

Me, me, me is boring, boring, boring. Remember that people’s time is precious, listen and get to know people. This is in your interest as well as their as any good sales person will tell you.
Shoulder Gazer
Give people your full attention or none at all, looking over someones shoulder to see if anyone more “useful” around at a networking event is offensive.
Card Thrusting
When you meet someone do not just trust your card towards them straight away – this is definite no no. The card handover should be like a respectful kiss at the end of a first date. You don’t even have to exchange cards with everyone you meet.
Being a Networking Fake
Be yourself, you’re better that way and most people can smell BS a mile off anyway. If someone asks how business is and it’s not great, say “not great”. If someone asks how you are answer them truthfully, you will be building trust.
Card Collecting
While networking for me is not about just talking to people I can sell to, it is also worth following-up connections, and getting put in touch with people you can sell to (or buy from). Add people to your database, LinkedIn, Twitter or whatever else the kids use these days, after you meet them. Mail that day or make a note to phone people to continue building relationship and being generous. Just collecting a bunch of cards won’t achieve anything.
Being a Networking Tart
Find one or two groups and get to know people within them by building relationships over time.
Groups I enjoy networking with for example are the Brighton and Hove Chamber of Commerce who are friendly and funky and the local CIPD group (I work in business training so these are my peers and potential customers).

Networking Tips and No Nos Conclusion
I hope you’ve found these networking tips and no nos useful. Good networking is just being yourself and getting to know people, who you may be of service to, and who may enjoy helping you out. Look for the win-wins and enjoy being yourself.
Tweet Pin It