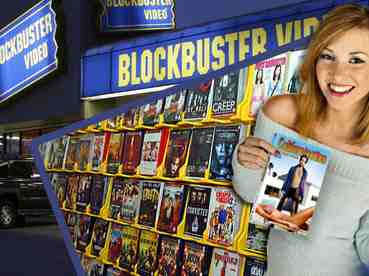 When I was a kid I was lucky to have tolerant parents and would sometimes have quite large groups of friends around the family home to watch a film at weekends. We would go en masse to the video rental shop and a dozen or more of us would argue for hours about what movie to rent. We would often either not make a decision at all or make one that most people were unhappy with after calling each other a lot of names and a reluctant vote. In order to solve this problem sometimes I would just get one myself ahead of the party, but I found even when being a benign dictator that tried to predict what others would like my decision was often rejected as people hated having no say. Another thing we tried was to vote on the genre to watch and then send one person to get a film that was in that category, a tactic which had some success but was not much liked. The solution we came up with that worked reasonably well was to elect three people that would represent the groups concerns (gender and mood for example were considered) and the three would pick a video – only agreeing if their decision was unanimous. This method had both consideration for those involved (stakeholders to use a buzzword) and a nimble and accountable executive branch that could get the job done.

Note what didn’t work when choosing a video and how this applies to business and organisational life:

– Endless discussion/ one person, one vote – I have seen charities, New Age groups and local government departments run in an “overly considerate” way where everyone has a say but nothing gets done.

– Compromise – Compromise is everyone loses a bit, not win win. See this Zen story on chopping babies in half. Many businesses use this method between departments to ill ends

– Dictatorship – Most businesses are essentially totalitarian regimes of threat and intimidation, this will get submission which is paid for in resentment, or rebellion.

So how can the method we came up with as eleven-year-olds help business? Surely most organisations are too big for this type of solution? Well, Google for example are huge but rarely use teams of more than five people. There is also a sense of accountability and both listening and firm executive decision making in many of the healthier organisations I have worked with. These two need to go hand in hand to balance task and relationships. What do you think?

Aside from the leadership training I currently do around this and other management issues I’m also very interested in sociocracy which may be a bit too fluffy for many businesses, and holocracy which sounds fabulous.

Leadership So What: Don’t be lame and don’t be a bully, listen well then act decisively