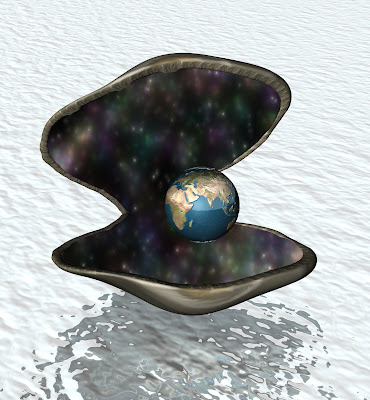 The personal development field is vaguely defined and often inhabited by vague people which is problematic. It can can across as “overly American” to a British audience and as unmeasurable, self-indulgent, hippie nonsense to the business clients I work with. Personal development has a bad name for itself and this is often deserved. Lacking a coherent model of what “development” might actually mean the area has bumbled along since Dale Carnegie first failed in several careers and then tried to help others do the opposite. (Some history is here). The integral model however now sets the standard as a meta-framework of what personal development could entail which gives me hope for the future. I believe there is much gold amongst the piles of self-help crap and this article is an attempt to shift through some of that. I have been reading personal development literature since I was a kid and it has become apparent to me that there are just a few themes that cover 90% of the books. These are:

Attention!
Awareness is the basis of all personal development as if you don’t know what you’re doing you can’t hope to change it. Paying attention to the here and now (mindfulness) has no gone mainstream due to the work of Jon Kabat-Zinn and many others like him and has a wide variety of applications. If you ignore the rest of this article just taking this part on board will transform your life (a claim you’ll hear a lot in the personal development world that is usually bunk but in this case I’d put money on it).

Your Thoughts Create YOUR Reality!
There are many versions of this from well researched Western psychology, therapies and their spin-offs (e.g. CBT, NLP), genuine Eastern wisdom (e.g. Buddhism), to utter non-sense like every dim New-Agers favourite The Secret. The idea that how people think has a huge effect on their lives is a mainstay of much personal development literature going back to Napoleon Hill and the idea of “positive thinking”. This idea can have a cheesy, egoic American flavour “If you can dream it you can get it!”, be wayyyyy-out there “I affirm that angels are looking after me through the crystal vortex” or be very common-sensical and grounded. Often quantum physics and the Buddha are refereed to, though the Cambridge University Buddhist physicists I know say this is a diabolical misappropriation and every small Brighton business person I know who meditates on abundance does less well than those who have a well-researched marketing plan. Pick wisely what you take on in this area.

Set Goals and Take Charge of Your Life!
Planning, goal setting and generally having direction in life are a major part of much personal development literature. As one of my friends puts it “set the address in the sat-nav before you head off”. The emphasis here is on agency and taking charge of your life rather than just being flotsam. Personal productivity books from Covey’s 7 Habits to David Allen’s Getting Things Done also fall in this “organise and lead” category.

Source: Modern US gurus? Ancient precedent?
Gold Star Practice: Set concrete goals for anything you do and implement a personal productivity system like GTD.

Go with the Flow…
The counter to plan and control everything is the go with the flow brigade that includes Taoism, radical acceptance and some forms of paganism and “green” spiritualities. These two poles can also be thought of as masculine and feminine. Much work on right-brain thinking and creativity is also about going with the flow.

Got Body?
The personal development movement has rediscovered the body in a big way, especially the subjective experience of having one. Mose Feldenkrais, Ida Rolfing, FM Alexander were all pioneers in this area and on any day in Brighton one can now choose from dance classes like Five Rhythms, aikido, kung-fu, or twenty types of yoga. This is my particular area of specialisation and I love bringing this area into business training.

Source: Shamanic/pagan? Embodied Leadership and somatics in recent times.
Gold Star Practice: Take up a martial art, dance or yoga. Look for an art which will balance what you already embody not just make you more like your habit.

In the real world outside the yoga studio there are other people to get along with – we are social animals, and we are emotional as well as purely physical. Many personal development books therefore incorporate some kind of communication system or emotional intelligence training (see Daniel Goleman’s seminal work).

Practice!
Last and most important, thinking alone is not enough. Conscious, regular practice, guided by a teacher and in a community of support is what it takes for real change in the vast majority of cases. Happily, though perhaps belatedly, this idea is starting to come into the personal development field.

My hope for the world of personal development is that is gets more rigorous and more widespread, and I see these two aspects going hand in hand. This is a very broad overview and I’m sure I’ve missed some areas out, let me know what haven’t I covered that you would have?